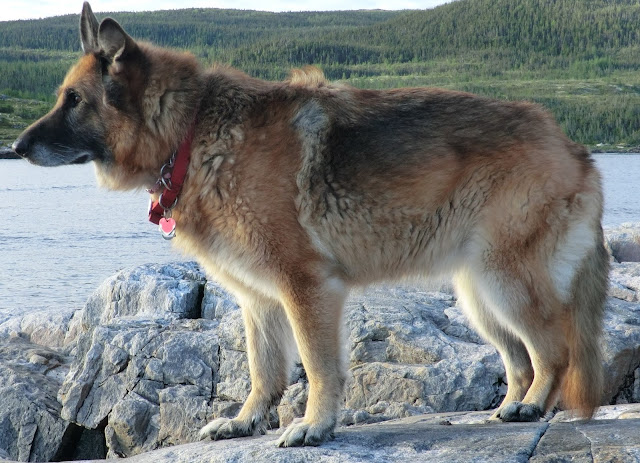 Erde, my sweetheart, died at 5:30 this morning at home in her sleep. I was only feet away. I had no idea that it was possible to love any creature, human, canine or otherwise, as much as I loved this little dog. What a good dog she was; what a fun dog.


On the night I brought Erde and her brother, Leben, into my life 14 and a half years ago, my neighbor Rhonda looked up at me as she played with the two of them and said, “Ed, you are so lucky.” I had no idea how true her words would turn out to be. And while I did not welcome the circumstances under which Erde alone came to be mine last year, how lucky I was to have had the chance to bond alone with her for 14 months after she instinctively, maybe rebelliously, deferred to her brother for 13 years to do the bonding for their little pack.


Several weeks ago as I sat on my covered balcony at night in the rain, with Erde by my side, it was a scene reminiscent of many of the 250 nights over 14 years and 75,000 miles that I spent on the road camping with Erde and Leben, from the Atlantic to the Arctic to the Pacific. It was then that I realized that those trips, alone with those two magnificent creatures, would surely be the one thing I would repeat if I could do my life over again. What sheer joy these trips brought me; what sheer joy those two dogs brought me, joy that will last me for the rest of my life.


On Monday, I will take Erde to the pet crematory myself and bring her ashes home with me that night. She stayed by my side until the end, and I so intend to stay by hers, too.


Photo of Erde is near the end of the road in the northeast in Labrador in 2011. Map is of some of Erde and Leben's travels.